Theme: "Act! Performing Arts Transforming the World"
Every two to three years the members of members of the International Theatre Institute meet at the ITI World Congress, in a different city, on the invitation of the Centre of the country.
The hosting Centre invites

From 14 to 22 July 2017 Segovia in Spain will be the world capital for the performing arts in holding the 35th ITI World Congress. During a three-day Congress Prologue student are presenting the work at the Student Festival (14 to 16 July).
During the main Congress (17 to 22 July), the delegates of ITI are discussing, coordinating and planning the next period of ITI, choosing their leaders, accepting the future plans and setting an accent on what is most important for the development of their organization.
A multitude of workshops, presentations, keynote speeches and performances are enriching the Congress for all participants.
Part of the Congress is the International Dance Symposium, intended to strengthen dance in ITI.
An Open Space is dedicated to the artistic nature of ITI An ITI Centres Speed Dating should bring the main members of ITI, the Centres, in close collaboration all over the world.
A strong accent has been set on Young Practitioners/Emerging Artists.
All the Congress partners are working together to make this event a most memorable event." 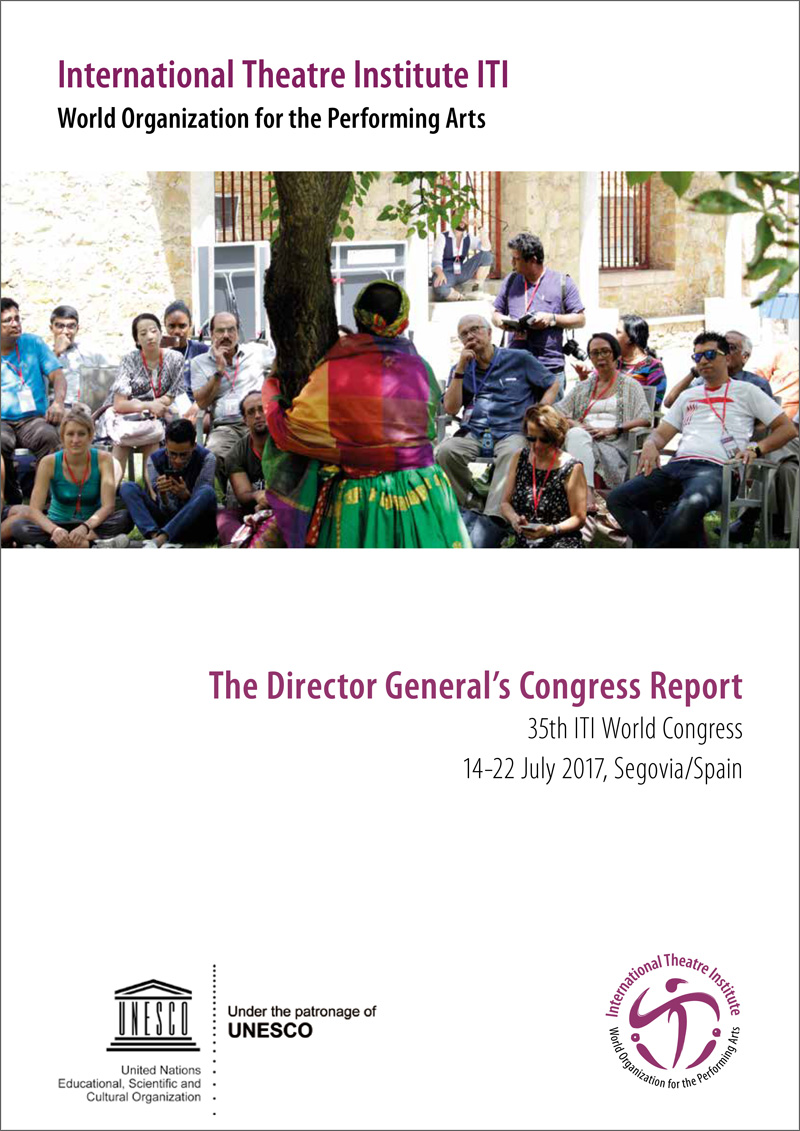 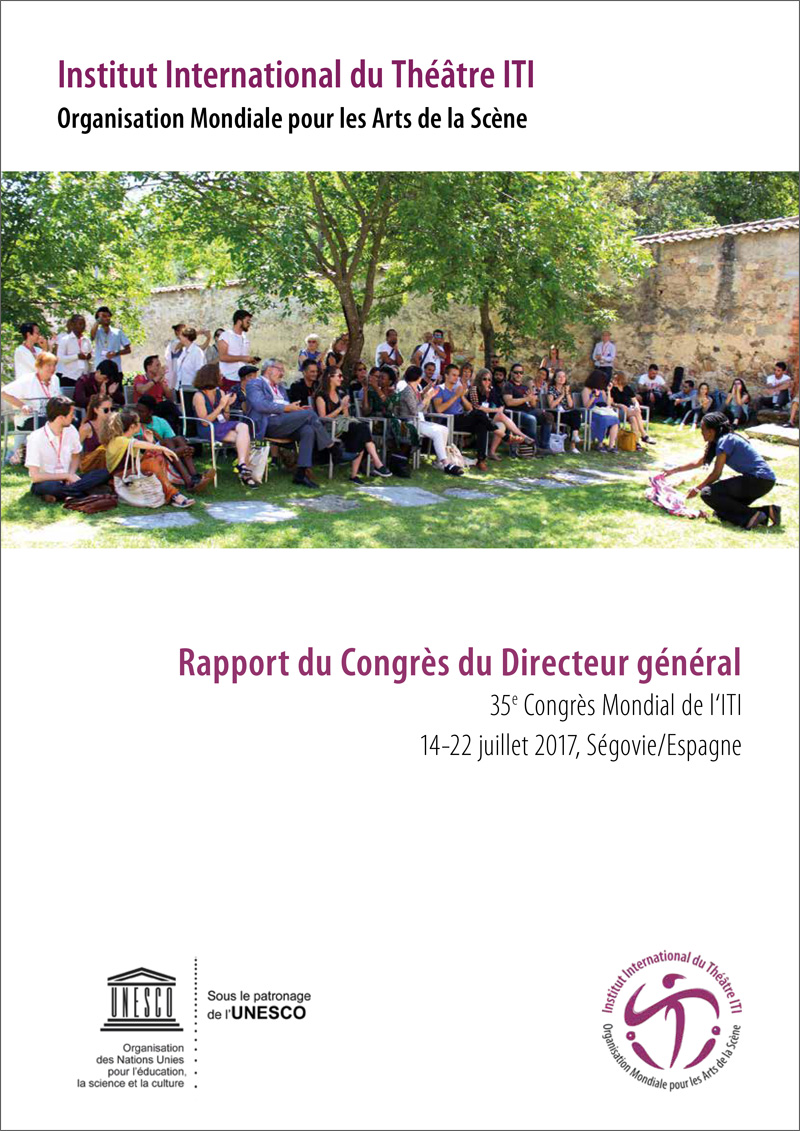 For the photos of the 35th ITI World Congress in Segovia, Spain, please click here.